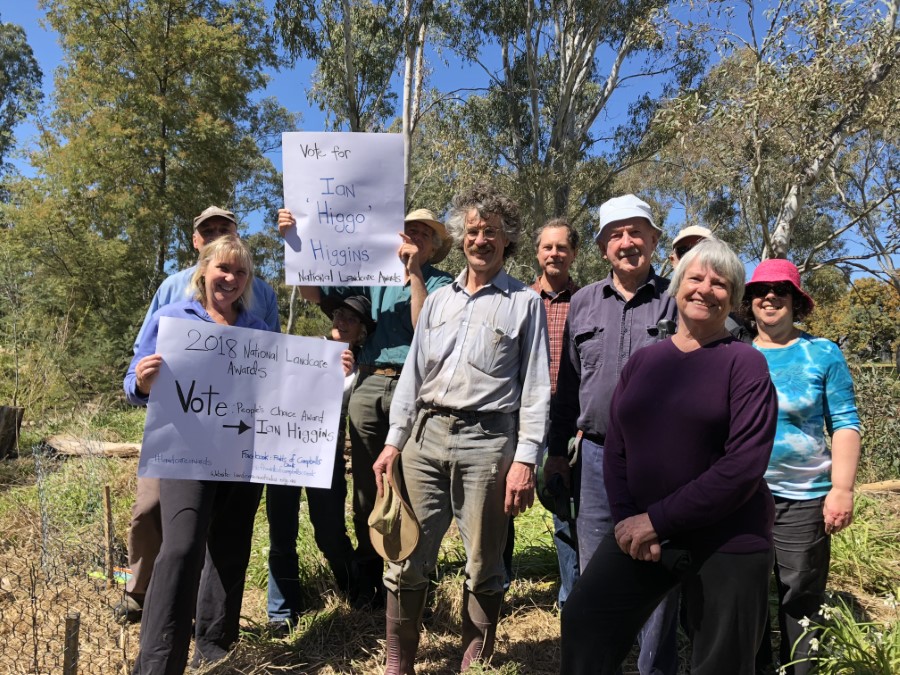 Castlemaine’s Ian Higgins, already the Victorian 2017 Individual Landcarer of the year, will soon know if he’s taken out the national award – a nomination that means he’s also in the running for the People’s Choice Award, to be decided by an online poll you can vote in.
The Victorian award recognised Ian’s work, beginning in the 1980s, to restore Castlemaine’s creeks and the achievements of the volunteer Friends of Campbells Creek Landcare Group he co-founded. See tomorrow’s Castlemaine Mail for the full story.