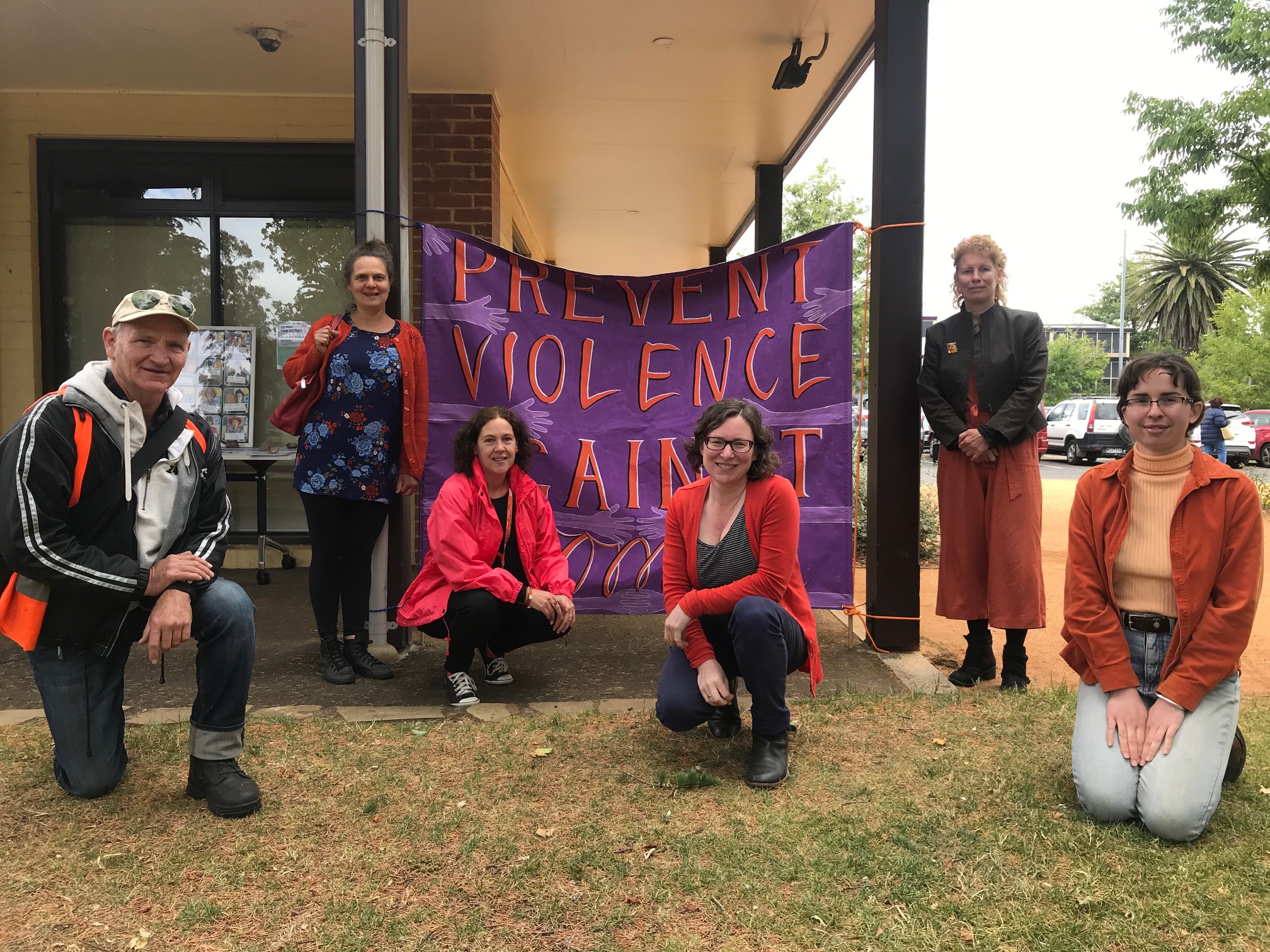 Sixty community members brought sunshine to Casltmaine’s Victory Park on Sunday as part of the Mount Alexander Family Violence Prevention Network’s 16 days of activism event.
The 16 days of activism is a global movement raising awareness of and challenging violence against women. It runs from November 25 to International Human Rights Day on December 10.
This year the theme of the state government movement is Respect Women: Call It Out.
The event started with a welcome to country by Dja Dja Wurrung elder Aunty Kerri Douglas who shared stories of resilience, equity and respect within Indigenous cultures. Then attendees heard other guest speakers: Bendigo West MP Maree Edwards, Mount Alexander Shire Council’s manager of community wellbeing and acting manager of community partnerships Rosalie Rogers and MAFVPN coordinator Carolyn Neilson. They spoke passionately of the Gender Equality Act 2020 and other State and MASC and MAFVPN initiatives that address the drivers of violence against women: beliefs and behaviours that are disrespectful to and about women; low support for gender equality; adherence to rigid or stereotypical gender roles, relations and identities.
A vigil was then held, honouring the 49 women and 11 children who have died this year in Australia as a result of family violence.  See the Mail for the full story.