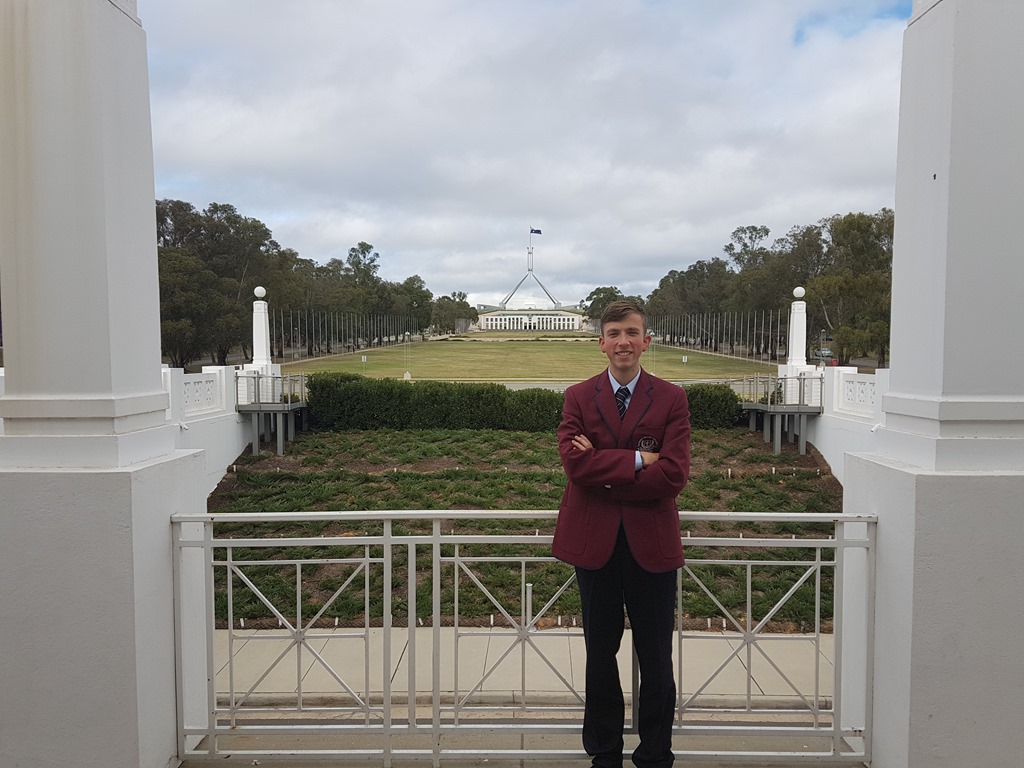 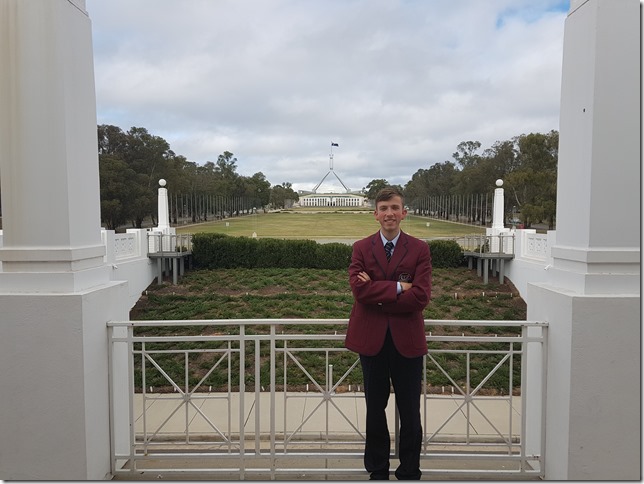 What better way to further aspirations of a political career than to spend a few days in Canberra at the National Schools Constitutional Convention?
Joel Blanch, a year 12 Sacred Heart College student with ambitious plans for the future, was one of just 12 Victorian students who were selected to attend this year’s convention.
But it wasn’t luck that got him there.
Joel was part of a group students from his politics class who organised a local schools constitutional convention hosted by his college.
“We invited about 70 people and we explored the topic of energy policy in Australia,” Joel explained.
“Then we had the state convention at Parliament House in Melbourne and the topic was about compulsory voting and lowering the voting age.
“At the end we held a referendum and voted to lower the voting age to 16, and keep compulsory voting – but make it voluntary for people under 18.”
Joel and a handful of the participants from the state convention went on to the national convention last month in Canberra. The convention seeks to promote understanding and informed discussion among young Australians about the Australian Constitution and system of government.
The focus for this year’s event was the relevance of Section 44 of the Constitution (specifically dual citizenship as it relates to Federal Members of Parliament).
After hearing a variety of guest speakers and discussing the topic in workshop sessions, the event concluded with a soapbox session where all groups got to share the outcome of their discussions.
Joel said he was initially a little put off by the topic because the Constitution could be “a bit dry”, but he ended up finding it really interesting.
“Section 44 includes dual citizenship but also other grounds for disqualification including treason and if you’ve been to jail, bankruptcy and pecuniary interest etc.,” he said.
“We voted on proposed changes to the wording but most of us agreed that we shouldn’t have dual citizens (as Members of Parliament).
“Those changes will be sent to the Senate as a recommendation.”
Joel is interested in pursuing a career in politics.
“If you look at my reasoning purely based on logic, I would say that politics is exciting, and interaction with the community is exciting, and then there’s the more emotional side of it like making a difference,” he said.
“I want to be part off making a difference and changing the public’s perception of politicians, and personally it appeals to me to get younger people into politics.
“I’m a very stubborn person and that is something we need to see more of in politics – less of people bending to the influence of their party and losing their integrity.
“If you’re elected on views you have presented publicly you should be required to stay true to them,” he added.