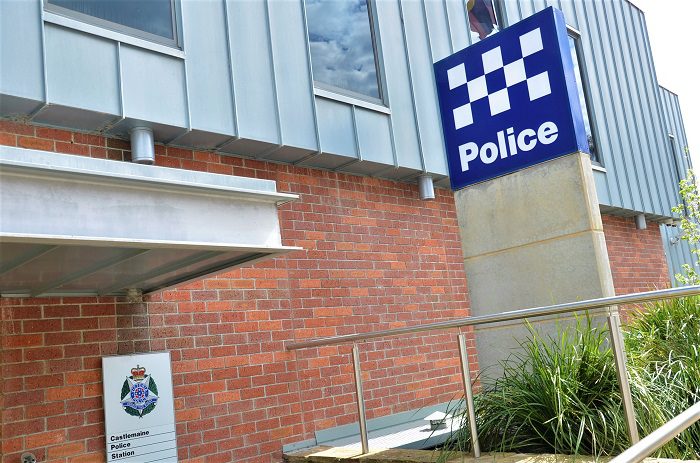 Four Castlemaine locals will be fronting court after multiple police search warrants uncovered drugs, a taser, a samurai sword, an imitation firearm and items believed linked to graffiti offending.
Police on Tuesday executed search warrants at five different Castlemaine addresses leading to the arrest of four males including a 21 year old, two youths aged 17 and one aged 16.
Senior Sergeant Darren McQueen said the searches uncovered spray cans, textas and other items believed linked to recurrent graffiti offending and property damage in and around Castlemaine including a recent graffiti attack at Autoplex Castlemaine.
“Also of concern were various other items which were located during the searches including a taser, an imitation (longarm) firearm, a samurai sword, and a quantity of drugs,” Senior Sergeant McQueen said.
Besides a quantity of cannabis, substances uncovered included a quantity of powdered material believed to be amphetamine – while testing still had to confirm this, police said.
Senior Sergeant McQueen said those arrested on Tuesday have been charged with offences including criminal damage relating to multiple graffiti incidents and also weapons and drugs offences.
Charges following Tuesday’s arrests also relate to one or more burglaries at Castlemaine Football and Netball Clubrooms. Read more in today’s Mail…