A stunning nightly light show on the facade of Castlemaine’s Town Hall will lead Mount Alexander Shire Council’s support for the annual global 16 Days of Activism campaign to end gender-based violence.
The light show, starting next Thursday November 25, will feature an artistic representation of the impact of family and gender-based violence in the shire.
In the last year alone, there were 201 incidents of family violence reported to the police in Mount Alexander Shire.
Council’s community projects officer Mel Fowler said the light show would be a visual vigil to acknowledge and show support for local families impacted by family violence and to encourage people to reflect on and address the causes.
“This campaign, led by the United Nations, aims to empower our communities and organisations to address gender inequalities and ultimately eradicate violence against women and girls,” Ms Fowler said.
“During the sixteen days we are inviting the community to be immersed in the beauty of the show and reflect on how we can come together to end gender-based violence and violence against women and children. See the Mail for more… 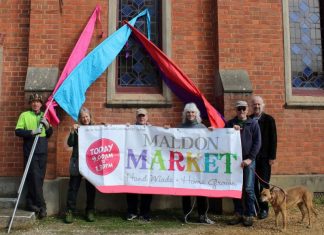 August 12, 2022
Maldon Market has come full circle – back to the site where it began at the Maldon Neighbourhood Centre.Relocating back from its...