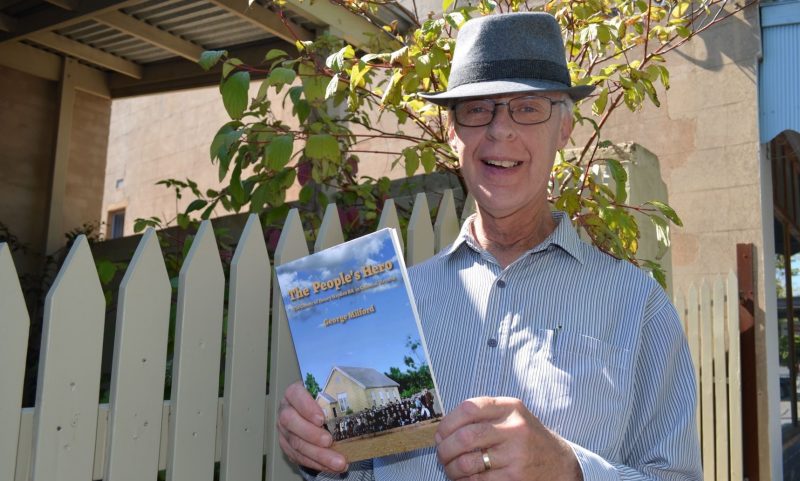 Harcourt identity George Milford recently launched a fascinating new book The People’s Hero which details the career of Henry Hayden BA in Colonial Victoria.
The book was officially launched by Bendigo West MP Maree Edwards at Harcourt’s ANA Hall and covers Hayden’s connection to the Harcourt region where he was first headmaster of the Harcourt Primary School.
Mr Milford said that he came across mentions of Hayden in the archives of the Harcourt Heritage Centre and was compelled to delve deeper and learn more about the local character.  See the Mail for the full story.