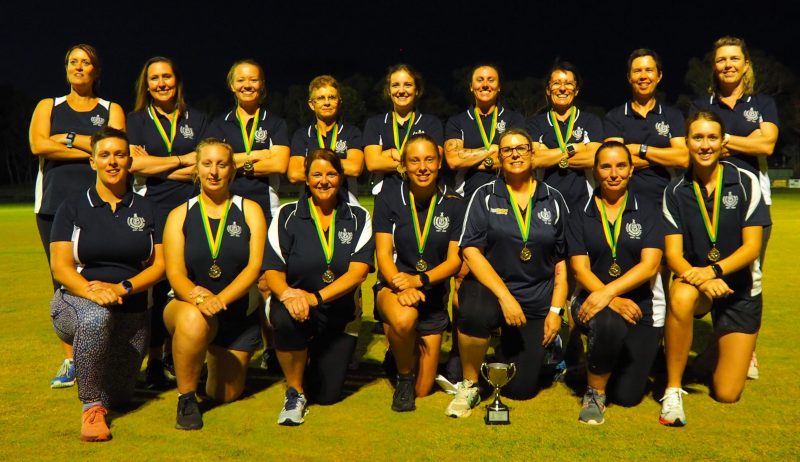 The Castlemaine District Cricket Association (CDCA) grand finals got underway Friday evening with Harcourt hosting Barkers Creek in the Women’s showdown.
Harcourt finished on top of the ladder and Barkers Creek were vying for back to back premiership honours.
Harcourt won the toss and elected to bat first. They made 56 runs but lost seven wickets (which adds 3 runs per wicket = 21 runs to the opposition) then Barkers Creek went in for their innings and only lost one wicket (3 runs added to the opposition) giving Harcourt a final score of 59 and Barkers Creek’s final score was 135.
At the conclusion of a top evening of competition Barkers Creek emerged victorious and claimed the 2020-2021 Premiership Cup. See the Mail for more…

Epic concert in the hall