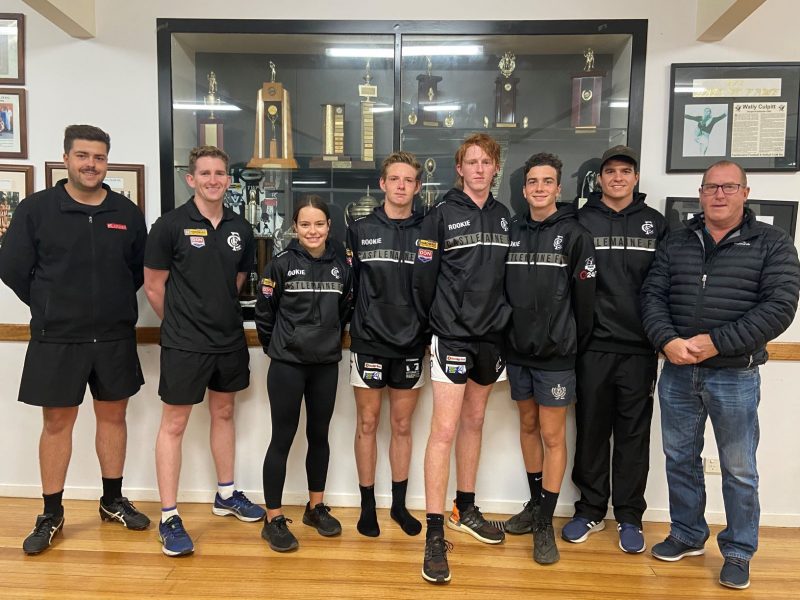 Castlemaine Football Netball Club (CFNC) inducted the first members of its ‘Rookie’ program on Tuesday night. The program acknowledges individual efforts across preseason, natural ability and club spirit.
With six initial nominees the program is designed to grow throughout the season and for players to make the list as they compete for the ‘Kane Farrell Award’ each year.
Kane Farrell played junior football at Castlemaine before getting drafted to Port Adelaide in the AFL and this program promotes a pathway through the premier club in the region.
Kane’s proud dad and club stalwart Stephen Farrell was in attendance at the clubrooms on Tuesday night to see the first Rookies inducted into the inaugural program. See the Mail for the full story.