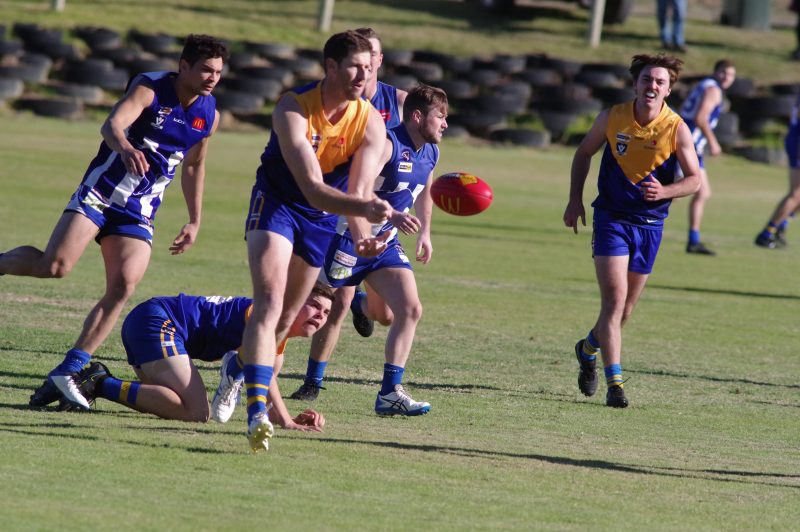 With the Victorian Government announcing a seven-day lockdown across the state last Wednesday all community football matches, training and Auskick were not be permitted to take place in Victoria last weekend.
MCDFNL operations manager Mathew Begbie told the Mail junior footballers and netballers looked likely to return to the court and field this weekend for round 8 matches.
Senior players will miss at least another week.
“The round 7 matches will be re-scheduled to July 3 which was a League bye weekend. Round 8 will replace Round 14 which is one of the three double up games; where clubs play each other twice,” he said.
Top of the ladder Harcourt are happy with the way their Seniors and Ressies have been travelling this season with some strong wins in both divisions. However, they realise there is still the majority of the season to go (covid willing) and they plan to tackle each game as it comes. See the Mail for more…