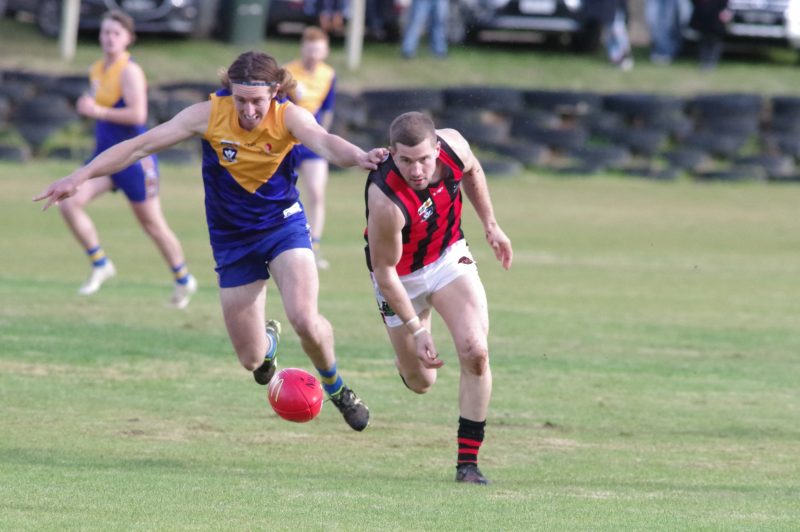 Ladder leaders Harcourt and in-form Maldon battled it out in a top match at the Harcourt Recreation Reserve last Saturday in round 10 of the Maryborough Castlemaine District Football Netball League.
The Dons threw everything they had at the Lions and controlled much of the play late in the game, holding Harcourt to a solitary goal in the second half, but the Lions held on to remain undefeated.
In this weekend’s rescheduled round 7 matches Harcourt travel to Lexton, Newstead host Talbot and Maldon has the bye. More MCDFNL news in today’s paper. Photo: Max Lesser.