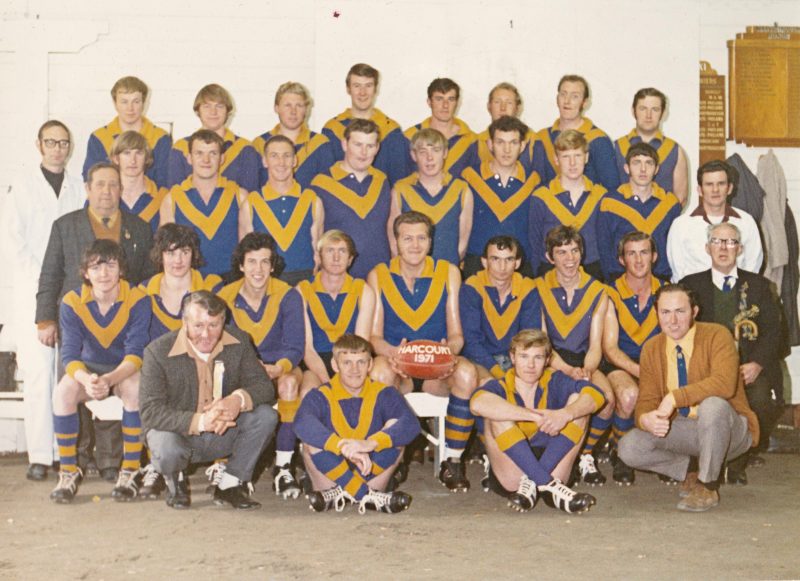 This weekend marks the 50th anniversary of Harcourt Football Netball Club’s 1971 Senior Premiership win in the Maryborough Castlemaine District Football Netball League (MCDFNL).
As featured in last week’s Mail 2021 marks five decades since the Harcourt side lined up against local rivals Campbells Creek to vie for grand final honours.
Harcourt Football Netball Club had big plans to mark the 50th anniversary milestone with a reunion last month but unfortunately covid lockdowns have forced the event to be moved to 2022.
To mark the special occasion Steve Tonzing, the son of 1971 Harcourt FNC premiership coach, captain and ruckman Trevor Tonzing, has penned a fantastic book about the memorable 1971 win.
Steve said he was only seven at the time but he remembers it was a very special day and one his dad was incredibly proud to be part of. See the Mail for the full story. Out Now…