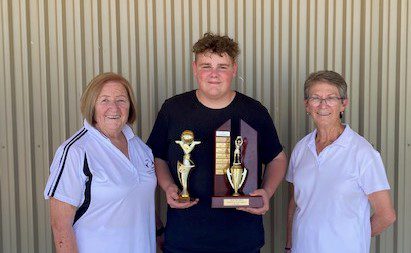 It was a massive weekend for the Castlemaine District Netball Association (CDNA) with the Twilight Grand Finals and the winter season awards presentations. The day saw a number of players and officials recognised for their success and achievements including Jack Davidge who received the Marie McCallum Junior Umpire Award. The award was presented by life member Sandra Grant. Jack is pictured his proud grandmother and fellow umpire Wendy Droney and Sandra Grant. Jack juggles his netball commitments and umpiring whilst also recently being part of the boys netball program in Bendigo run by Jayden Cowling (Victorian Men’s netball representative). He is also part of the Junior Development Squad. Well done Jack! See the full spread of grand finalists and award winners in the Mail.