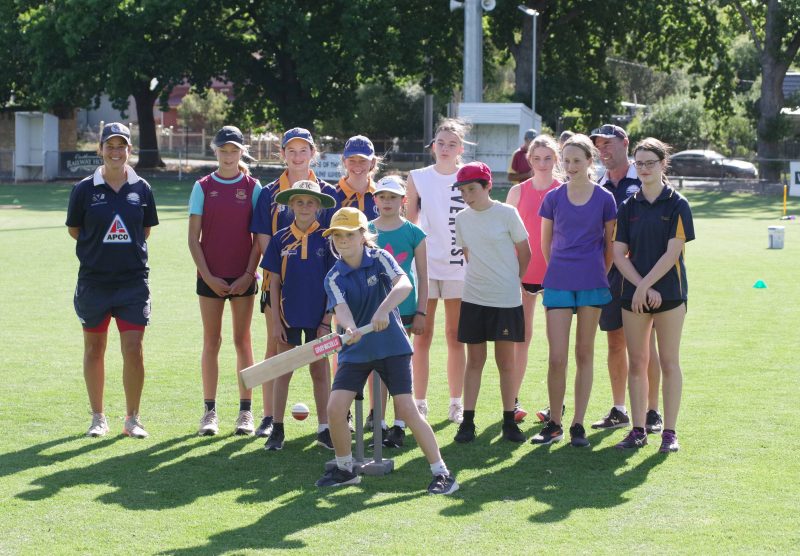 Castlemaine District Cricket Association hosted a ‘Just for Girls’ training session at the Camp Reserve on Tuesday evening.
The session was open to all girls who would like to put their hand up for a representative side and to girls who just want to give the sport a go and was conducted by Stephen Field of the Geelong Cricket Club.
CDCA’s Under 14 and Under 17 Girls squads kick off their representative campaigns this Sunday.
The Under 14 Girls rep squad will play a round robin series consisting of two matches at Maryborough this Sunday February 6 and two matches at Woodend on Sunday February 20.
The Under 17 Girls will take on Gisborne in a 40 over match at the Camp Reserve this Sunday February 6. Best of luck to both sides.