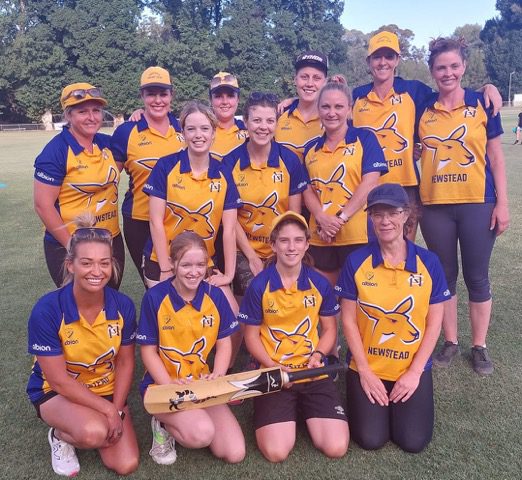 The township of Newstead is celebrating with their Women’s Cricket team set to compete in this evening’s Castlemaine District Cricket Association (CDCA) Semi Finals in what is their inaugural season.
The team has received overwhelming support from the wider club and Newstead community and will proudly represent the town in their Semi Final bout against Guildford Cricket Club at the Newstead Recreation Reserve tonight, Friday March 4 at 6pm.
The Newstead ladies finished second on the ladder after a top season where they won five games, drew one and dropped only one game on their way to the finals. The winner of the match will take on the winner of the Barkers Creek v Hepburn semi in the grand final on Friday March 11.
The whole town is urged to get along and show their support for the Newstead side as they eye a spot in the finals.