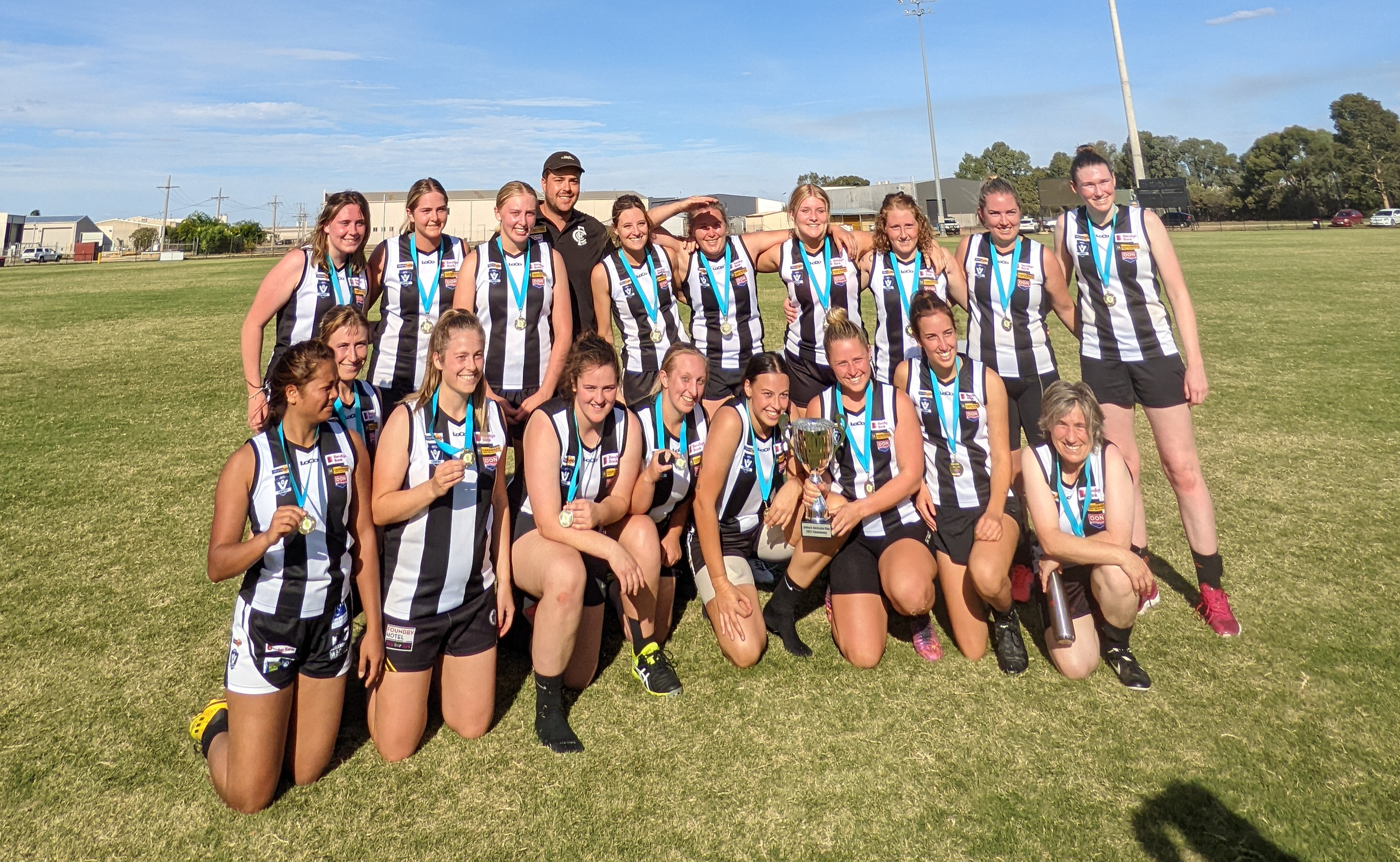 Castlemaine Football Netball Club’s new Senior Women’s football team are celebrating this week after claiming the ‘atWork Australia Cup’ at Shepparton on Sunday.
This was a significant day for the team as it was also the first time they had played together, 2022 being the first season CFNC has fielded a senior women’s side!
Playing five games against Benalla, Echuca, Tatura and Shepparton United with the final played against a very competitive Echuca Football Netball Club, the Magpies emerged victorious and the club are so proud of how far the side have come throughout preseason. See the Mail for the full story.