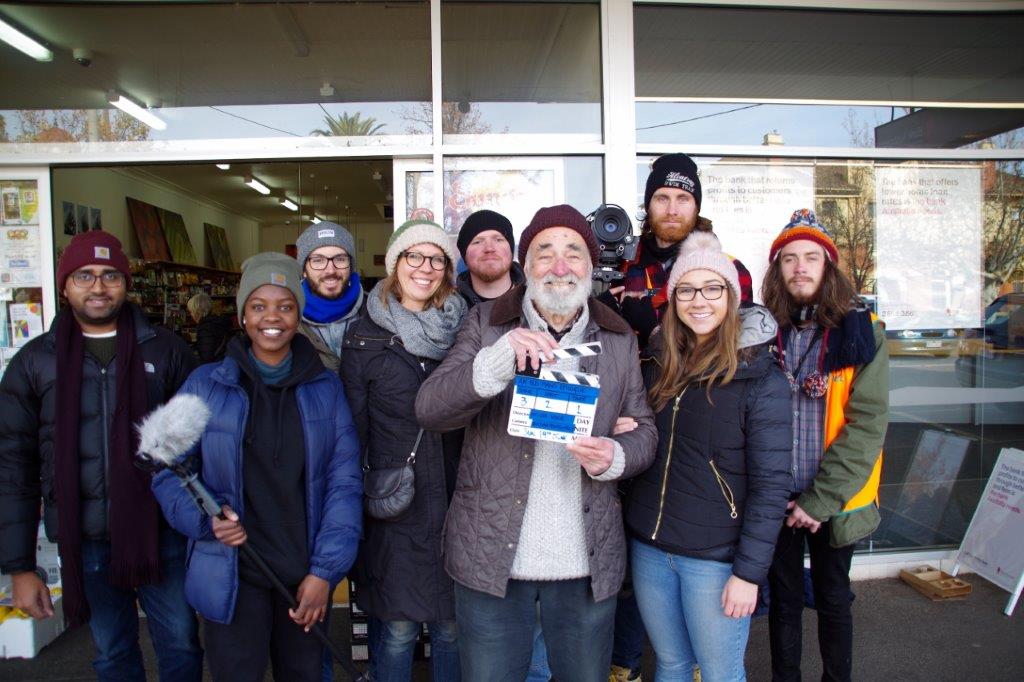 Castlemaine is set to feature as the backdrop of a short film being created by a group of students, staring the talented Castlemaine actor John Flaus.
The film titled An Old Man’s Epilogue is an emotional drama about an elderly, recently widowed man, Ronan, who is forced to make decisions about his life. His daughter, Daisy, is moving him into a nursing home.
The film’s screenwriter and producer Heidi Ylä-Ajos said the film crew chose Castlemaine as the location because they wanted it to be not like the city, not as hectic.
“Our lecturer actually suggested Castlemaine. We had a look around other towns in this area as well but we liked Castlemaine. We loved the colours. And everyone has been so friendly and helpful here, it’s been amazing.”
Ms Ylä-Ajos said the film is a collaborative work between herself, director Melisa Visca, first AC Liam Fouracre, first AC and editor Chris Michael, sound recordists Daizy Murithi and Sudharshan Hariharan, PA and runner Daniel Robbins, audio mix and post Timothy Knowles and Jordan Montgomery as the DOP (Director of Photography) who has worked on the film’s visual and how it comes alive on screen with Melisa. The film is the final project for Heidi and Melisa for their bachelor’s course at SAE in Melbourne.
“We had worked on another short film with John Flaus and when I was writing the script, I thought he’d be perfect for the role of Ronan. We totally adore him. His voice is amazing and we really love hearing it,” Heidi said.
Scene’s of the film were shot at various locations in Castlemaine including at Castlemaine Fresh and Top Meats, the Castlemaine Railway Station and at a private residence in George Street.
“Ronan’s house was generously provided by the owners Bronwyn and Rodney,” Heidi said.
“They have been really generous, the gave us the house for a whole weekend, then we had Bendigo Castlemaine Removals come for some shooting. Everyone has been really supportive and so helpful, so it feels like it was meant to be.”
The film crew began filming on June 15 and wrapped on June 20. The film will be screened at an exhibition at SAE in Melbourne on August 23 then it will become part of the filmmaker portfolios at www.taivalfilms.com.