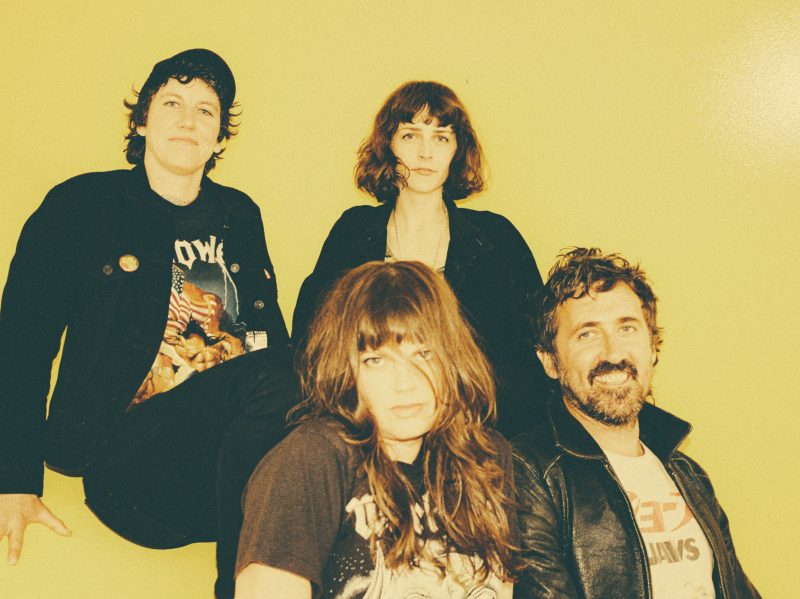 There’s a storm approaching the ‘Maine but it may not be quite what you’re thinking.
Melbourne-based outfit Tropical F*** Storm is bearing down on the town to launch a national tour with its third album.
With its drummer Lauren Hammel now basing herself here, the four-piece outfit has chosen Castlemaine’s Theatre Royal to kick-start the tour on January 7.
After that comes dates at Ballarat, Melbourne, Adelaide, Fremantle, Perth, Sydney, Brisbane, Torquay and Hobart.
Chatting to the Mail in recent days, the band’s bass player Fiona Kitschin (also well known for her work with The Drones) says she can hardly wait to get cracking after months of performance frustration due to pandemic impacts.
“We had a few shows in March between lock-downs and they’re really the only time we’ve played in the last two years so we’re really looking forward to it,” Kitschin says.
The tour unleashes Tropical F*** Storm’s pent up live-show frustration with third album, Deep States, following in the wake of A Laughing Death in Meatspace and Braindrops, their 2018 and 2019 albums.
“We had to wait for the ring of steel to come down before we could come together to record,” Kitschin says.
It was recorded at Kitschin’s and frontman Gareth Liddiard’s home studio at Nagambie.
The F*** Storm’s bass player and backing vocalist says much of the ground covered in the new album has been inspired by the impacts on the psyche of the post-COVID reality.
“The subject matter reflects the pandemic world,” she says. See more in the Castlemaine Mail…